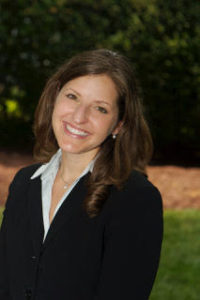 Rabbi Susan Tendler serves as the rabbi of B’nai Zion Congregation in Chattanooga, TN, and serves on the faculty of Camp Ramah Darom each summer. Prior to moving to Tennessee, Rabbi Tendler was associate rabbi at Congregation Beth El in Norfolk, VA and the assistant rabbi in Greensboro, NC where her primary focus was on education and programming.

Rabbi Tendler grew up in Virginia and received her bachelor’s degree in Religious Studies with concentrations on Islam and Judaism from the University of Virginia. At the Jewish Theological Seminary of America, she received her rabbinical ordination and her Masters of Education in Informal Jewish Education. Later, she completed the two-year Rabbinic track of the Institute for Jewish Spirituality. An ardent Zionist, she is proud to be the first student of the Alexander Muss High School in Israel to have also taught for the program.Additionally, Rabbi Tendler serves on the Mayor’s Women Council and the United Synagogue Board. She co-chairs the Resolutions Committee of the Rabbinical Assembly and the Faith and Culture Committee of the Mayor’s Council Against Hate. In her spare time, she bakes/cooks, runs, hikes, gardens and invests, with her husband Ross Sadoff, in their precious daughters: Hannah Sofia and Daniella. E-mail the rabbi at rabbi@bzcongregation.com

Dr. William “Bill” Hillner has been a member of B’nai Zion since 1980. In addition to serving as President since 2017, Dr. Hillner has been Vice President, serving as chair of committees and has served on the B’nai Zion Board of Directors. Dr. Hillner was born and raised in Chicago. He also lived in Atlanta, Memphis and other locations. Dr. Hillner received his doctorate from the University of Georgia as a clinical psychologist. Dr. Hillner is married, has three children and five grandchildren. He currently has a private practice in Chattanooga and provides neuropsychological testing, legal evaluations, marital and family therapy, and individual counseling. He believes that B’nai Zion is an outstanding congregation with a staunch commitment to Conservative Judaism, spiritual enthusiasm and a strong sense of family.

Laurie has filled all sorts of roles for B’nai Zion, as Chair of Education, organizing our Scholars of the Scroll program, teaching and thinking through the adult ed classes, volunteering to substitute in BSI whenever needed, and leading services and leining Torah on a weekly basis. Laurie, who is working on her EdD in Educational Leadership with a concentration in Jewish Education, is a natural choice in the interim, as our congregation envisions our future.E-mail Laurie at educator@bzcongregation.com

Eytan joined the staff at B’nai Zion in the Summer of 2016. He currently supervises the USY and Dadima program and tutors b’nei mitzvah students. Eytan uses his graphic design skills to create ads for the BZ voice and various BZ publications.
A native of Gainesville, Florida, Eytan graduated from the University of Florida with a degree in Jewish Studies and a minor in Music Performance (don’t hold his love for the Gators against him). He spent the summer of 2013 studying at the Conservative Yeshiva in Jerusalem, and most other summers at Camp Ramah Darom where he was both a camper and staff member. He also worked for five years at Congregation B’nai Israel in Gainesville, serving as head of Junior Congregation, a Hebrew school teacher, b’nai mitzvah tutor and youth group advisor for Kadima and USY. E-mail Eytan at youth@bzcongregation.com

Amy joined B’nai Zion in December of 2018. She brings extensive experience managing offices of religious organizations, including St. Paul’s and St. Timothy’s Episcopal Churches and St. Luke’s United Methodist Church.  Amy’s favorite past time is ballroom dancing, which she enjoys with her husband, Jeff. She also loves learning and competing in Freestyle (doggie dancing) with her miniature schnauzer Xena. Amy’s work goal is to run an efficient office where everyone – both congregants and staff alike – feel welcome and cared for. She asks for your patience and help as she continues to learn more about Judaism to better serve B’nai Zion Congregation. You can reach Amy at office@bzcongregaton.com.

Brooke is a Chattanooga native who joined the BZ team in the middle of preparing for the High Holy Days 5780. Brooke creates the weekly publications – the Shabbat supplement and the BZ Weekly Voice – as well as assists the Rabbi and Office Manager with other communications and in-office tasks. She lives with her husband Jared of three years, and their border collie, Hank. Brooke and Jared are expecting their first child in April! You can reach Brooke at aa@bzcongregation.com.

Lester began volunteering in the BZ office in 2003. Yes, that’s 16 years! Today, he can be found hard at work in the office every Wednesday, Thursday and Friday, usually arriving even before the paid staff. Lester coordinates much of the routine building needs, prepares Shabbat service sheets, organizes yahrzeit plaque lightings, and anything else that he can do to help. Lester’s many years of knowledge have become a valuable resource.

Billy Joe has been a vital part of BZ of and on for the past 20 years. We depend on him to take care of the building, which includes upkeep, setup, and even some cooking and childcare! Billy Joe always brightens our day with a big smile and great attitude.

Would you like to make a contribution to b’nai zion?  Donate Now!